It is amazing what you can see in the dark night sky. North Yorkshire is a stargazer’s paradise, with some of the best dark skies in the country, and has recently been awarded as 1 of the 18 International Dark Sky Reserves in the world.

This year there are plenty of exciting additions that include a dark skies exhibition, mindful night walk in Whitby, dark skies run, art workshops, and new moon gatherings.

A delightful two-bedroom escape for couples or small families. The central location of this character cottage means guests are within yards of Richmond town centre, whilst still benefitting from the peaceful tranquillity of a private patio and garden with river views.

The Yorkshire Dales views and garden are exquisite at Hollins Farmhouse, which has been beautifully renovated into the perfect country escape for ten people, plus 2 young children. Nestled in Coverdale, amongst ancient farmsteads and stunning walking routes, sits this gloriously rural large holiday home.

Old meets new at the stunning Aquarius Rising, standing proud in the breathtaking Yorkshire countryside. This 19th-century chapel house is a commanding yet welcoming presence and a decadent choice for your next celebration or gathering. Accommodating up to 12 guests, if you are looking for the wow factor this exclusive large luxury holiday home will not disappoint!

They say good things come in small packages…  Feathered Nest is small and perfectly formed home from home. This utterly charming one-bedroom cottage has been designed with exquisite attention to detail. In a perfect location for exploring Ripon and Masham, this enchanting space will delight any couple looking for a luxury escape.

Maison Cottage is a stylish and luxurious Grade-II listed cottage. This two-bedroom dog-friendly cottage enjoys an amazing outlook with elevated views of the River Swale, Richmond Castle and Swaledale. With easy access from the motorway directly into Richmond, this property is located alongside the Maison Dieu, a road into Richmond, only a couple of minutes from the Centre of Richmond itself. A perfect getaway for a family, friends or couples who want to take advantage of Richmond’s amenities on your doorstep. 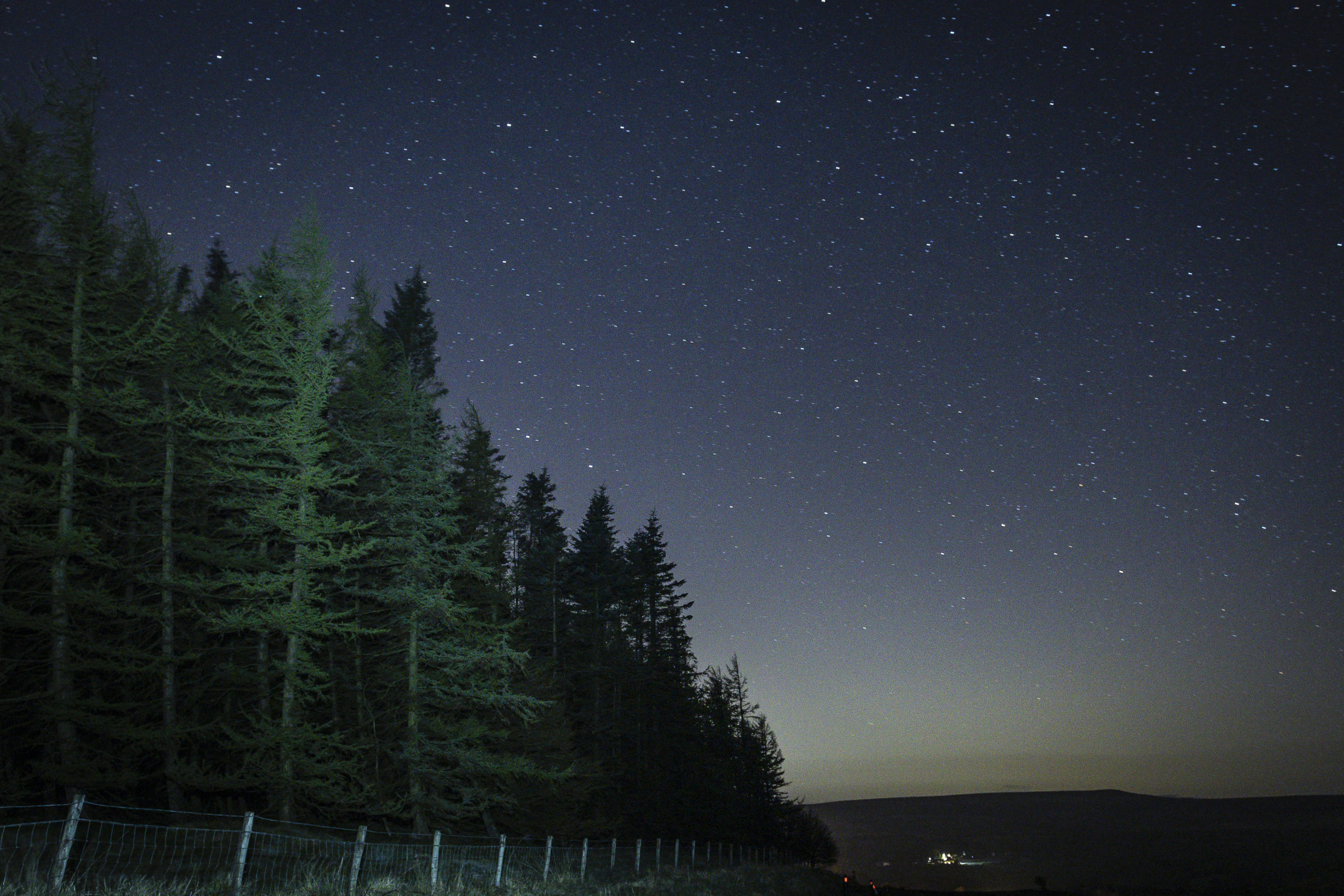 Throughout the year,  during your stay with us at any of our holiday properties across North Yorkshire, admire the heavenly panoramas of a starry night in all of its glory. Learn, discover and fall in love with the dark skies, in the same way as our ancestors did, without the orange glow of street lights and neon signs.

North Yorkshire is the perfect location for stargazing due to the clear night skies, creating stars to become more visible and we have plenty of properties with large glass windows and private gardens with hot tubs to relax in whilst pointing at the night sky.

The best time to go Stargazing in North Yorkshire is the days before, during and soon after each full moon. To you and I, this means Autumn, Winter and Spring offer the best times to visit North Yorkshire for any amateur astronomy. With the moon less visible at this time, this means that it will not wash out the light from fainter stars and we will be able to see thousands of stars with our own naked eye. Throw some logs on the fire and watch from the window or brave a soak in the outdoor hot tub and enjoy discovering what lies above us! Ask at reception to borrow our binoculars for a better viewing also… 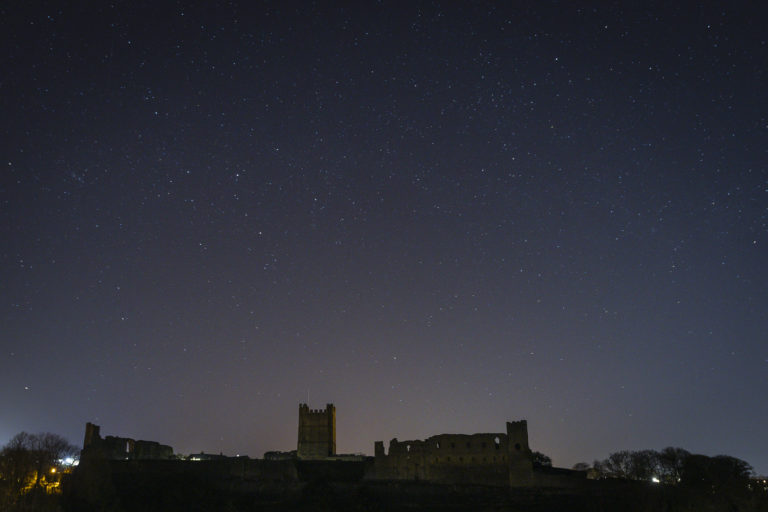 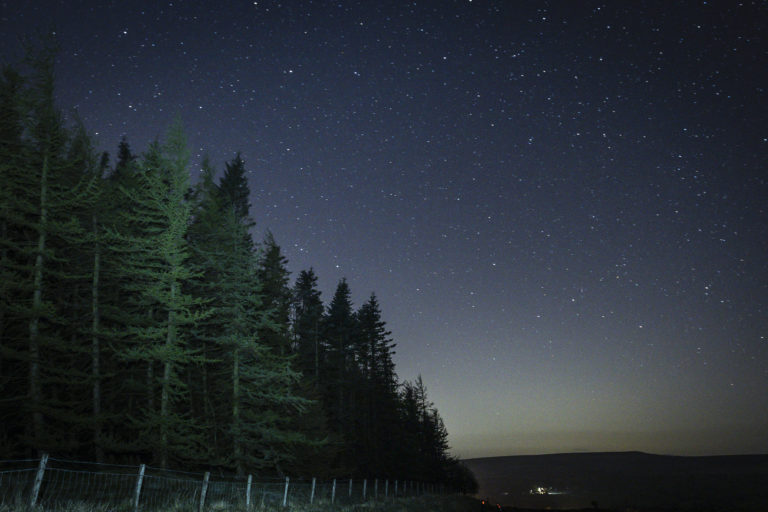 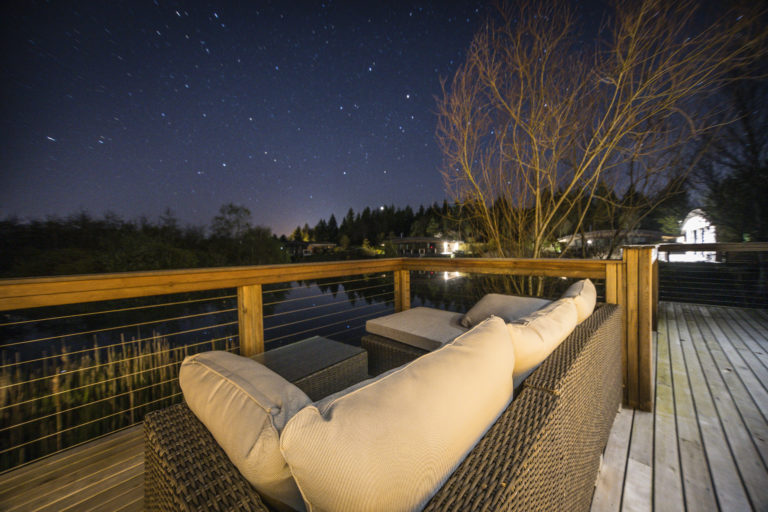 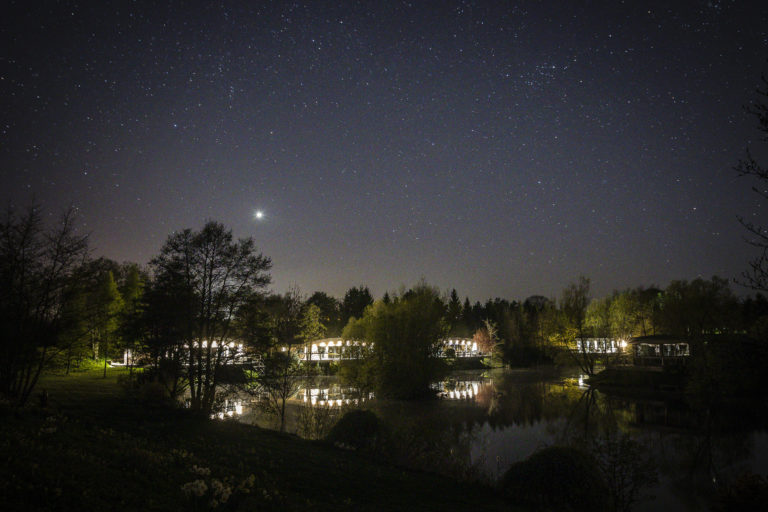 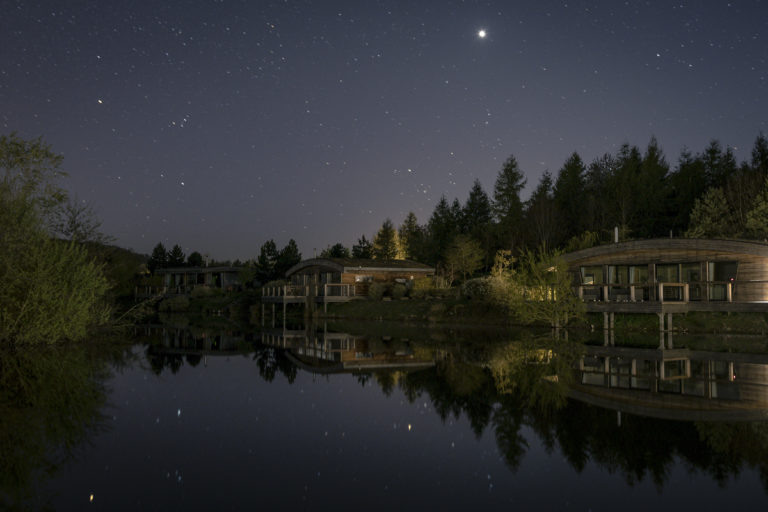 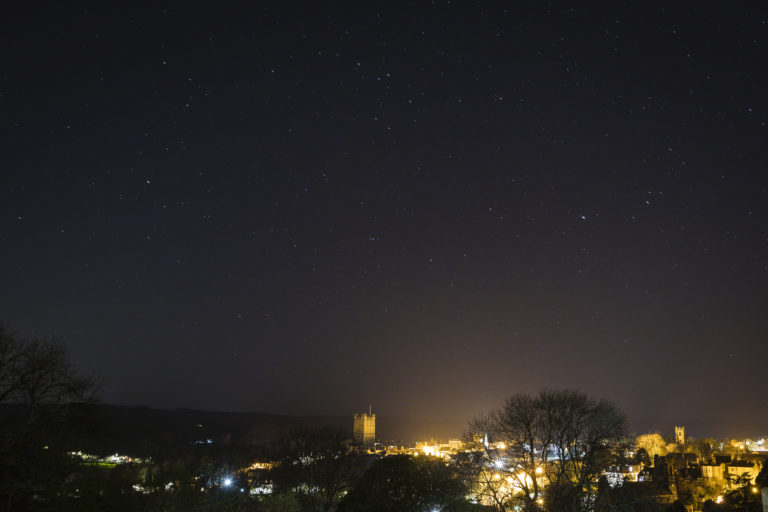 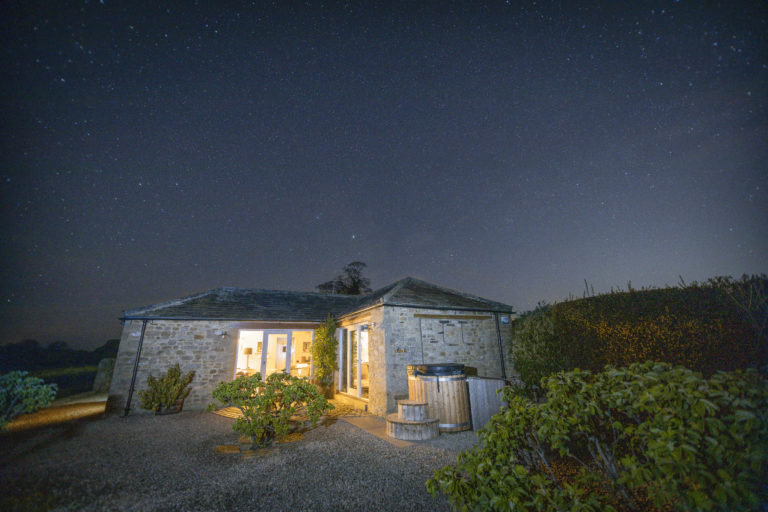 What to look out for?

Look directly overhead during Autumn and you will see this shimmering band of light arching spanning much of the sky overhead. The soft glow is actually caused by the light of millions of dim stars and it’s one of the spiral arms of our own galaxy, which we also call the Milky Way. Ask at reception for some binoculars to see these tiny stars too. Stargazing in North Yorkshire is the perfect evening entertainment for the whole family!

The northern lights are certainly visible from the North York Moors with the darker your sky, the more chance you have of seeing the magic of Aurora. These displays are caused by energetic particles from the sun interacting with the earth’s magnetic field. During a storm, you can see impresive streams of light soaring overhead and the sky tinted red and green above the northern horizon.

At certain times of the year, we can observe frequent meteors. Look out for ‘shooting stars’ which move rapidly across the sky before burning up like a firework. Each is caused by a tiny bit of debris left behind by comets and asteroids, which hit the earth’s atmosphere at high speeds causing them to vaporise. At their peak, you will be able to see hundreds of meteors an hour.

This is the furthest object you can see with your naked eye from the North York Moors – an incredible 2.5 million light-years away. To the naked eye it looks like a small faint streak of light but if you use binoculars you will see it’s shaped like a rugby ball and fills the field of view. This is another spiral galaxy, similar to our own Milky Way, comprising 300 billion suns and countless planets.

There are 88 recognised constellations but most of us recognise a dozen or so – mainly due to the association with the zodiac – the band of the sky where the planets can be found. The alignment is merely a line of sight effect, as the stars are at hugely varying distances but this makes a great game for star-spotting with the family.

We now have hundreds of man-made satellites orbiting us which we can see in the night sky. Some satellites are sufficiently large and have reflective solar panels and can appear to be very bright, the brightness varying as the panels catch the sunlight.

The largest of these satellites, the International Space Station (ISS) is also a frequent visitor, orbiting the Earth in about 90 minutes, 250 miles above the surface. As it passes over us, it appears to be one of the brightest objects in the night sky, taking a few minutes to drift out of view.

You may also enjoy reading...

Holiday at Home have the perfect Cosy Cottages complete with cosy log burning stoves, Super king-sized beds and bubbling hot tubs to impress on your next escape to Yorkshire!

You must explore the best places to visit Yorkshire. Our glorious county has something to offer all ages and of every interest. On your luxury escape enjoy peace and tranquillity, thrilling adventure, or the chance to explore picturesque towns, villages, and beautiful countryside…

Autumn Days Out in Yorkshire

Wrap up warm and head outdoors this Autumn. It's our last chance to get out and explore the wonders of North Yorkshire before the evening's darken and all we want to do is sit in the hot tub or by the fire...

Back to the Top
Chat Now
Cookies help us to provide, protect and improve our services. By continuing to use our site, you agree to our privacy policy.